Look At The Powerful People 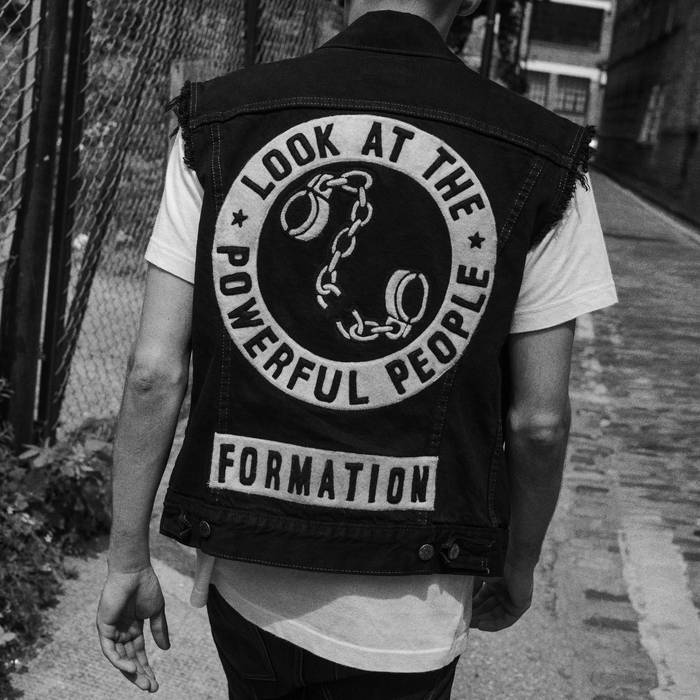 Produced by Leon Vynehall and Ben Baptie, Look At The Powerful People demonstrates that Formation’s forward-thinking sonics have evolved to reach their full potential.
Highlights such as On The Board and A Friend capture Formation’s irrepressible and bass-heavy cocktail of dirty dance rhythms which pound with the fiery energy of their live performances. At the other extreme, Blood Red Hand in an understated, slow-burning anthem and the closing track Ring offers something entirely different with a dreamy, piano-orientated approach closing the album on an upbeat high.
In addition to the new tracks, the album also features fresh new productions of some of the key singles from Formation’s journey to date in the shape of Pleasure and Drugs.

Inspired by artists as diverse as Sly and the Family Stone, John Maus, Fugazi, David Bowie, Iggy Pop, Herbie Hancock, Theo Parrish, Beastie Boys, Pantera and Ornette Coleman, Formation have built a cult following as well as exponential critical acclaim including a nomination for Best Newcomer at the NME Awards.

Bandcamp Daily  your guide to the world of Bandcamp

Benji B talks about his new compilation ‘Deviation Classics’